Care for Elderly, Confidence Donates Tens of Thousands of Diapers in DKI Jakarta

Jakarta, 19 August 2022 – As a company which produces essential products, Kimberly-Clark Softex (PT Softex Indonesia) is pursuing safety and comfort for its consumers. One of Kimberly-Clark Softex’s flagship products is Confidence, a diaper product for the elderly to enhance their comfort during their daily activities.

Confidence in collaboration with the Jakarta Social Services Agency donated 23,100 diapers to elderlies at four Nursing Homes of Tresna Werdha Budi Mulia, located in six locations in Cipayung, Ciracas, Jelambar, Pondok Indah, and two points in Cengkareng. A total of 1,556 elderly will receive the Confidence diapers and is hoped to accompany them during day and nighttime. 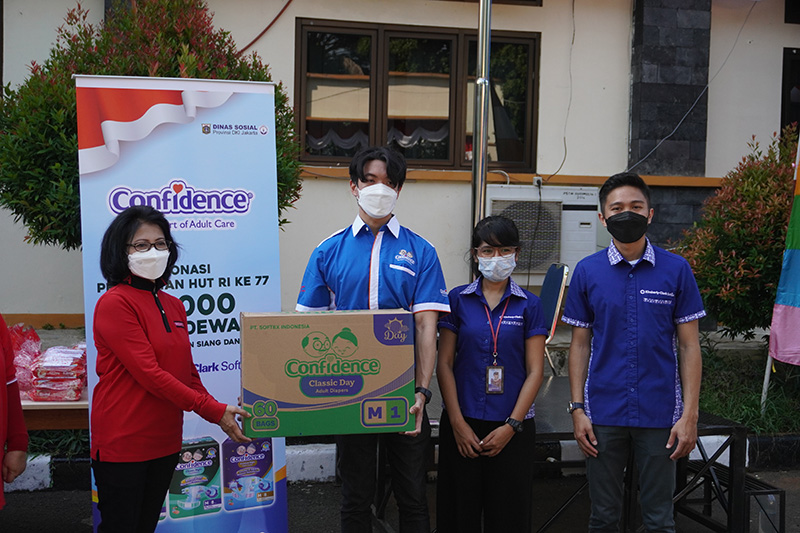 “We hope this donation would give a new experience of comfort to the elderly and bring positive impacts to the people around us. This initiative is in line with Kimberly-Clark Softex’s commitment to continue contributing to the well-being of communities around the world according to our value of ‘Better Care for Better World,” said Kadir Gunduz, President Director of Kimberly-Clark Softex (PT Softex Indonesia).

In general, elderly people often experience a condition where they are not able to control their bladder muscle, this condition is called ‘incontinence’. A study by Frida Olson and Carina Berterö in 2015 entitled “Living with faecal incontinence: trying to control the daily life that is out of control” showed that incontinence impacted patient’s mental health, including self-esteem, feeling of guilt and shame, and limitations in life. They are worried that people might foresee them as impolite, thus they become ashamed of such condition. As a consequence, this would give a huge impact on the elderly’s quality of life. In Indonesia, the number of incontinence patient has not fully been detected, however gerontologists considered this disease has a high disruption and is seen as a tip of the iceberg.

Using adult diaper becomes one of the solutions for incontinence problem. Addressing such critical demand, Kimberly-Clark Softex started producing diaper for adults, Confidence, which has been consistently improving the quality of life of the Indonesian elderly population. Through this activity, Confidence Adult Diapers donated two types of diapers, namely Confidence Classic Day for daytime use and Confidence Premium Night for nighttime, to protect elderly with comfort. Confidence Classic Day has four times extra fast absorption, while Confidence Premium Night has a soft surface that feels like fabric with air circulation and contains aloe vera extract. All Confidence products are produced using the diamond core technology*. 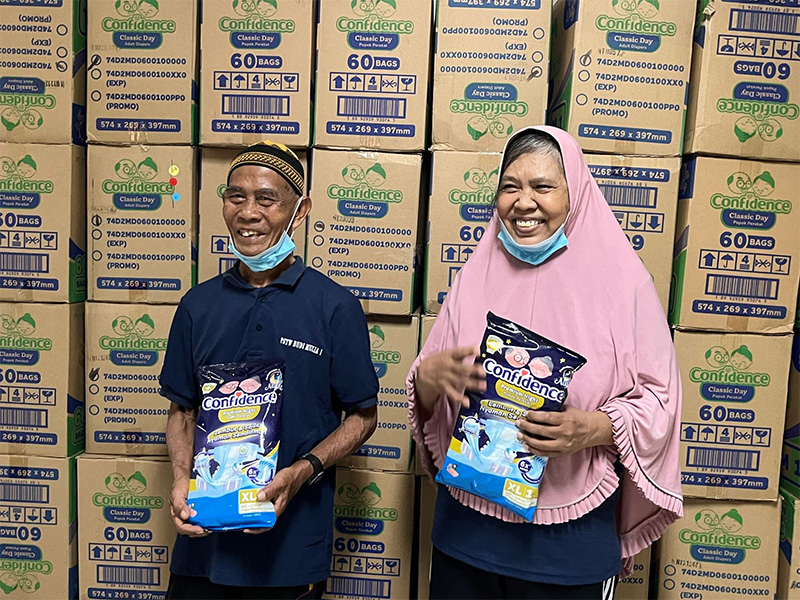 This activity was also conducted in commemoration of the 77th Independence Day of Indonesia with the undeserved communities. The donation was distributed on Friday, 19 August 2022, in Cipayung and was followed by a gymnastic session.

This social impact initiative was not the first time being conducted by Kimberly-Clark Softex. In the past, coinciding with the National Elderly Day in May, the company was collaborating with a non-governmental organization, HOPE Worldwide Indonesia, to invite more than 700 elderlies to become more independent and active in Jakarta. The company provided medical check-up facility to elderly, distributed diapers, and conducted several other activities.